On suggestibility and placebo: A follow-up study

Identifying what makes some people respond well to placebos remains a major challenge. Here, we attempt to replicate an earlier study in which we found a relationship between hypnotic suggestibility and subjective ratings of relaxation following the ingestion of a placebo sedative (Sheiner, Lifshitz, & Raz, 2016). To assess the reliability of this effect, we tested 34 participants using a similar design. Participants ingested a placebo capsule in one of two conditions':' (1) relaxation, wherein we described the capsule as a herbal sedative, or (2) control, wherein we described the capsule as inert. To index placebo response, we collected measures of blood pressure and heart rate, as well as self-report ratings of relaxation and drowsiness. Despite using a similar experimental design as in our earlier study, we were unable to replicate the correlation between hypnotic suggestibility and placebo response. Furthermore, whereas in our former experiment we observed a change in subjective ratings of relaxation but no change in physiological measures, here we found that heart rate dropped in the relaxation condition while subjective ratings remained unchanged. Even within a consistent context of relaxation, therefore, our present results indicate that placebos may induce effects that are fickle, tenuous, and unreliable. Although we had low statistical power, our findings tentatively accord with the notion that placebo response likely involves a complex, multifaceted interaction between traits, expectancies, and contexts. 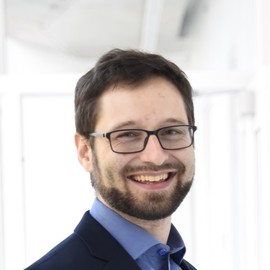 My research interests include social/implicit cognition, altruism, and dreams.